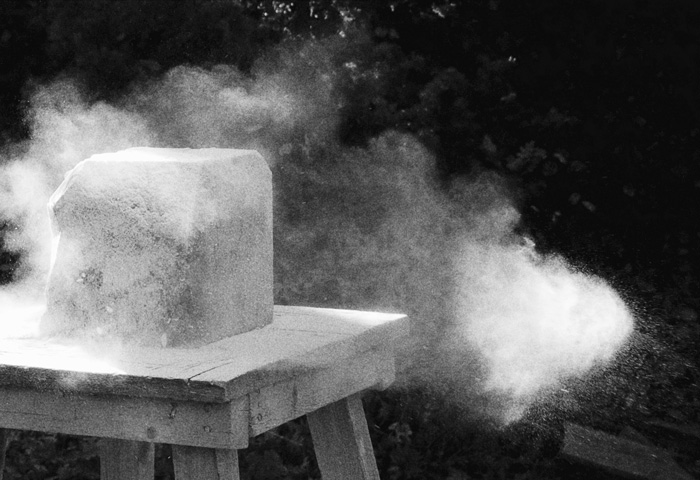 The Uncarved Block is a potent image from Taoism that can apply to any given context: be it physical, as a stone block for sculpture, or metaphysical, as a natural state of being before name and form appear. It incarnates simplicity, humility and truth.
As a stone sculptor, it is a fascinating « theme » to work with; because the uncarved block does contain all the potential shapes and forms, like the white page would be for a writer.
I made these experiments (which range from small to monumental) to actually test how an outer 3D expression can echo its own essence, and « raison d’être ».
Before shape appears and before the mind engages, manifesting the ten thousand things. 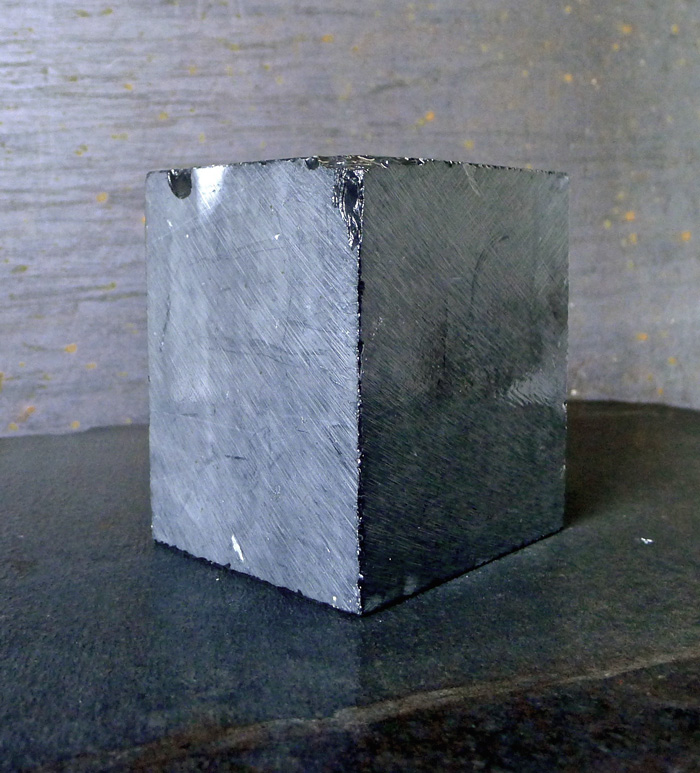 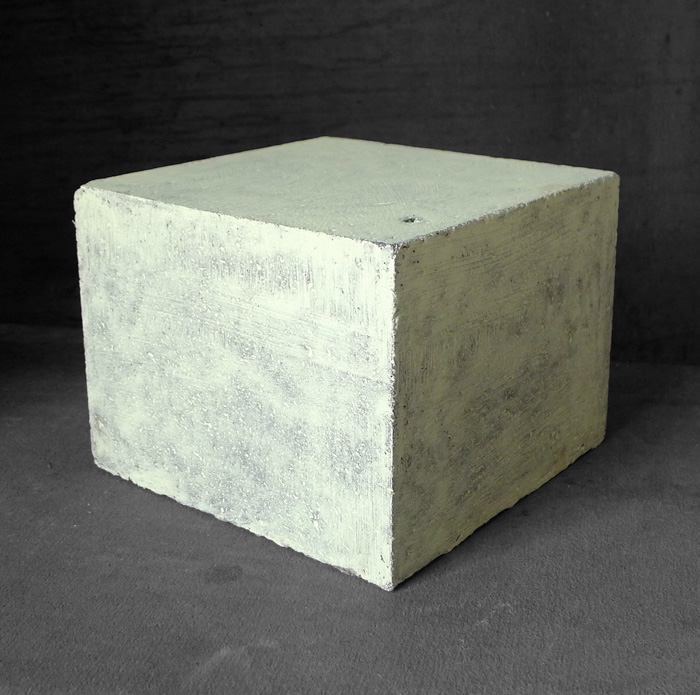 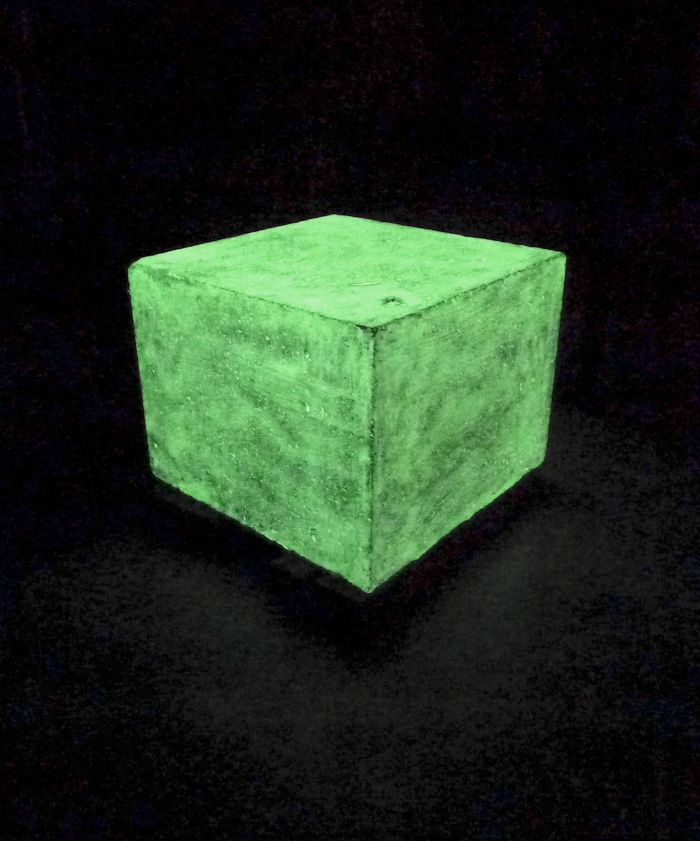 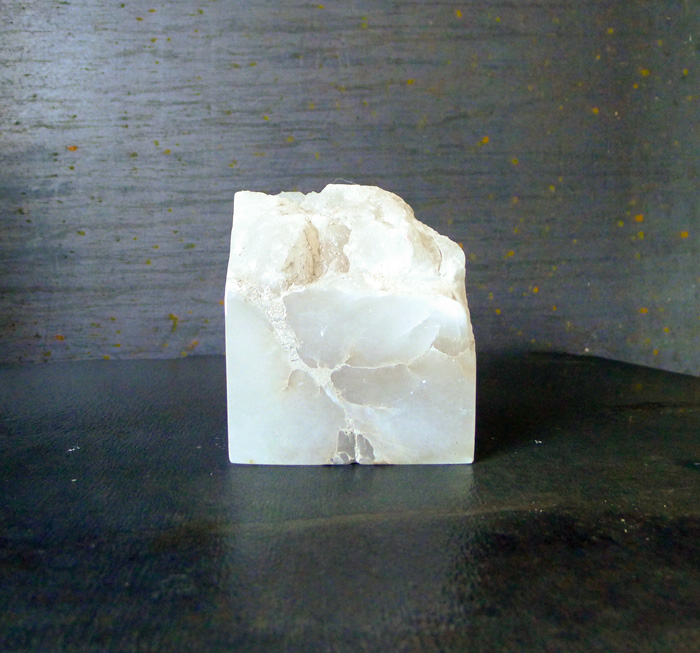 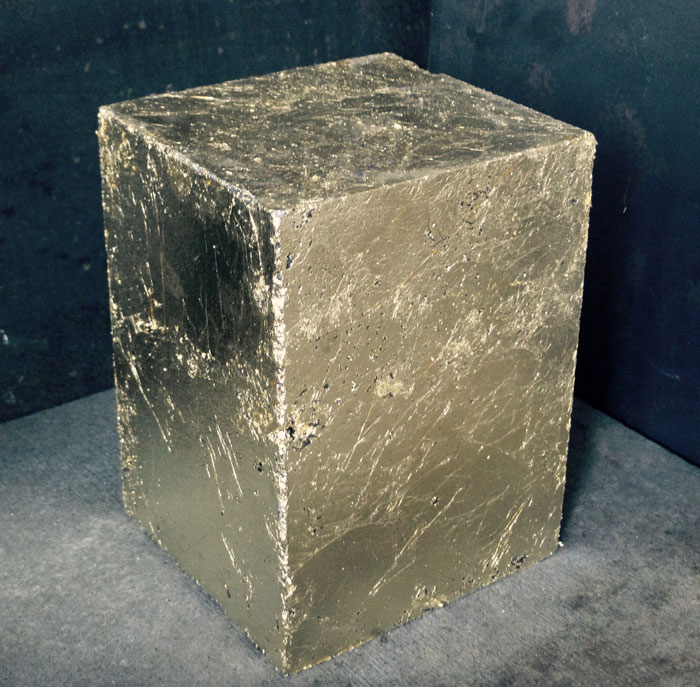 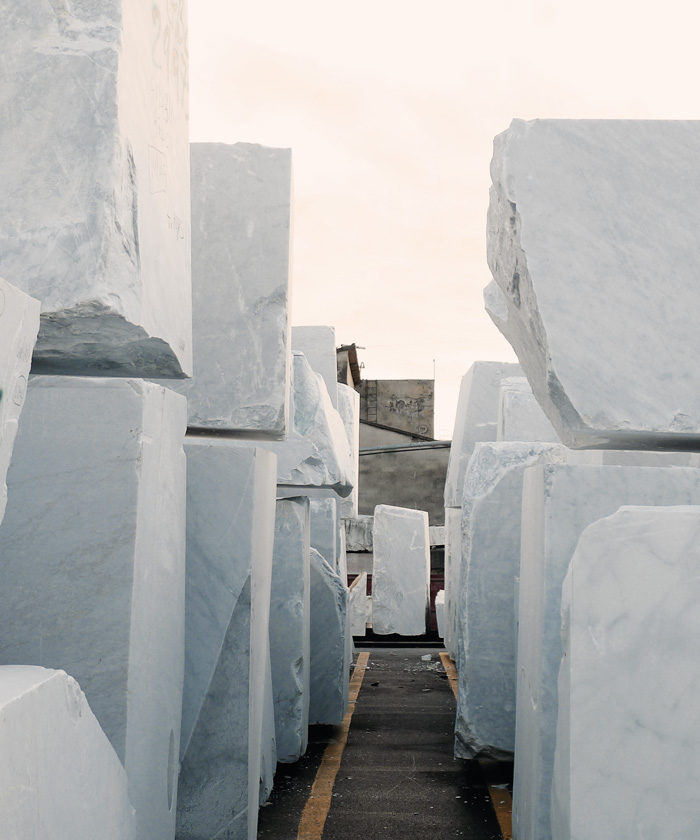 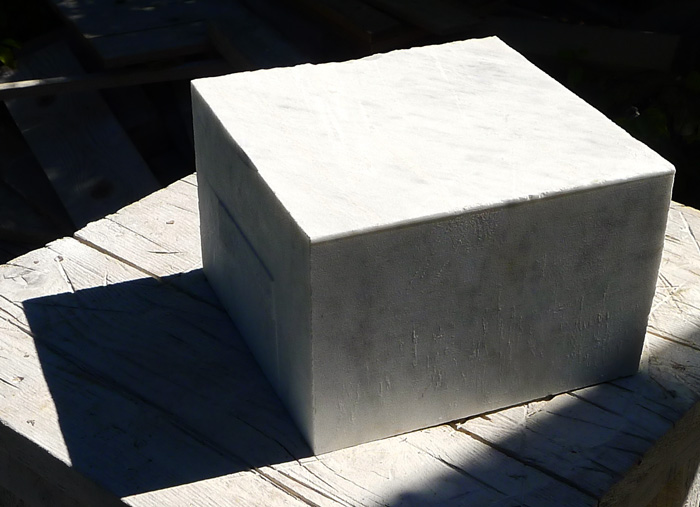 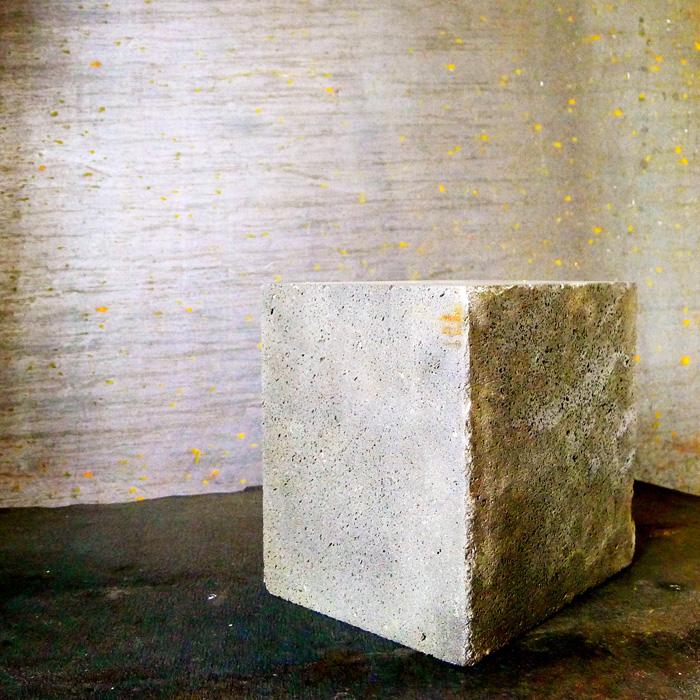 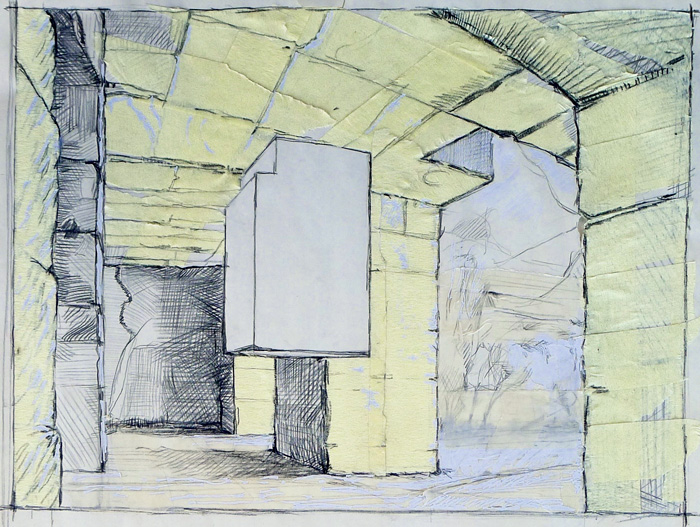 The quarry, going back to the source of the (un) carved block.

In entering this underground stone space, one finds oneself immersed in a separate world, an « in-between » place, where usual references and boundaries disappear.
The outside world becomes dream-like, a reflection that still enables one to see into the darkness.
This raw « negative » space created from the extraction of « positive » blocks, is an ideal place to experiment with essential themes such as full/empty, presence/absence, or gravity/weightlessness. Here, the uncarved block, my Materia Prima as a sculptor, takes on a unique dimension, bridging different worlds, and hopefully layers of perception.

A monumental block is suspended in the quarry of St Symphorien, Bonnieux.
It is covered by Stone Paper, a recent invention, (80% stone dust and 20% recycled plastic) with a huge ecological potential. Needless to say, a very appropriate material for this project. The paper carries the imprints of the walls of the quarry, which are covered by the manual extraction marks left by workers, over centuries (since this quarry was opened under the roman Empire). So this suspended block was also a tribute to the quarry workers, and to their hard labour, making them the creators of this extraordinary space.
It floats there, like a ghost of the vanished ones, from long ago. 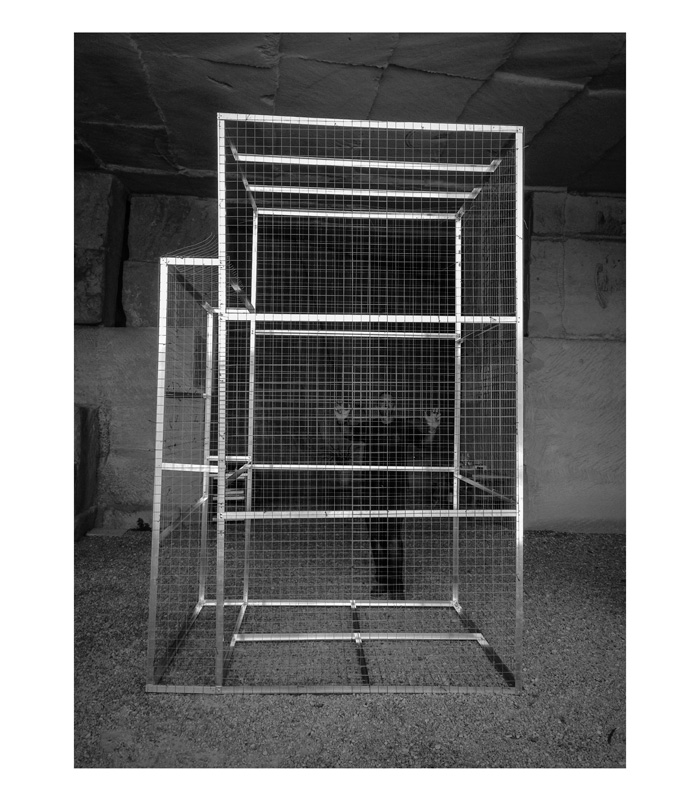 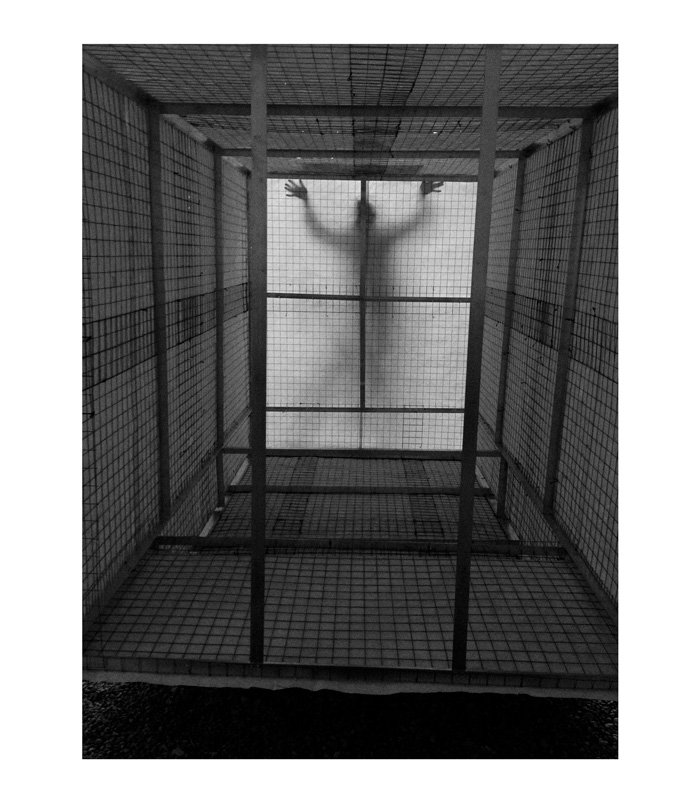 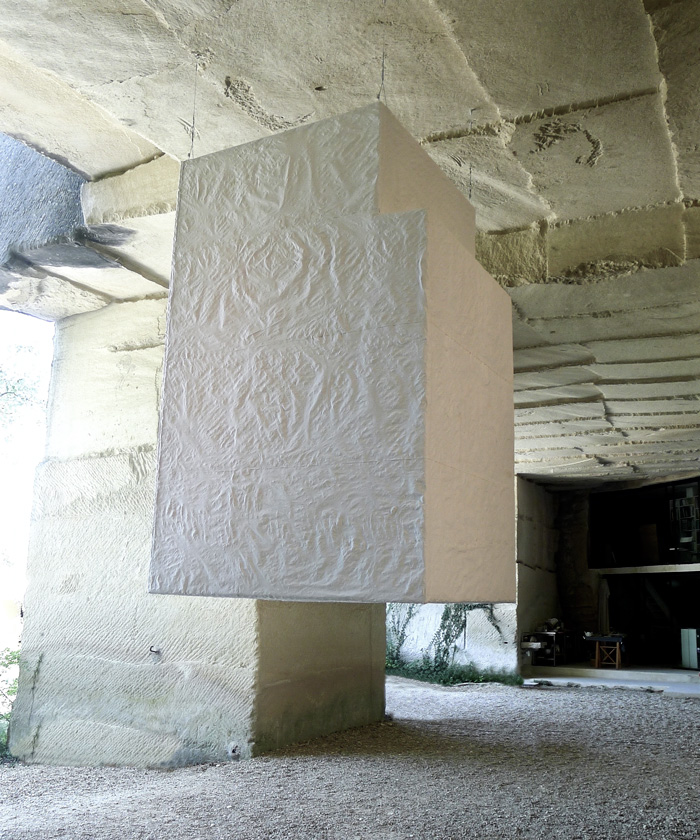 Building the structure, and view of installation. 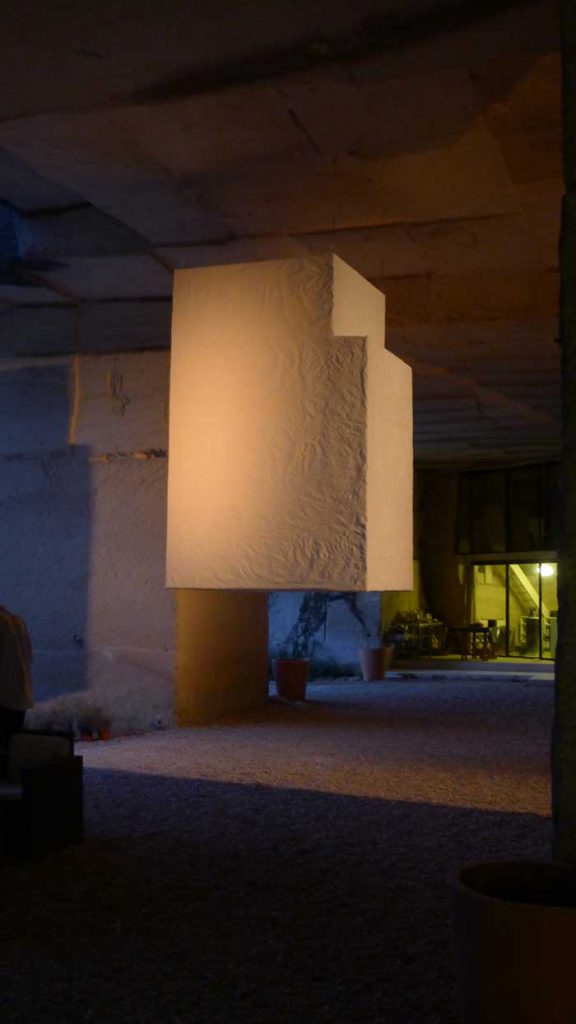 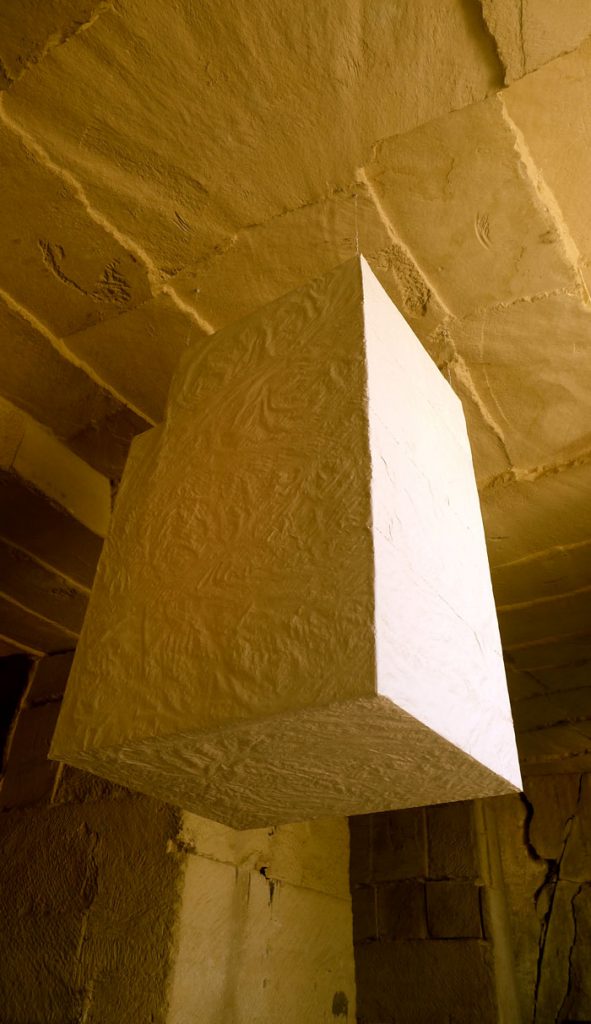 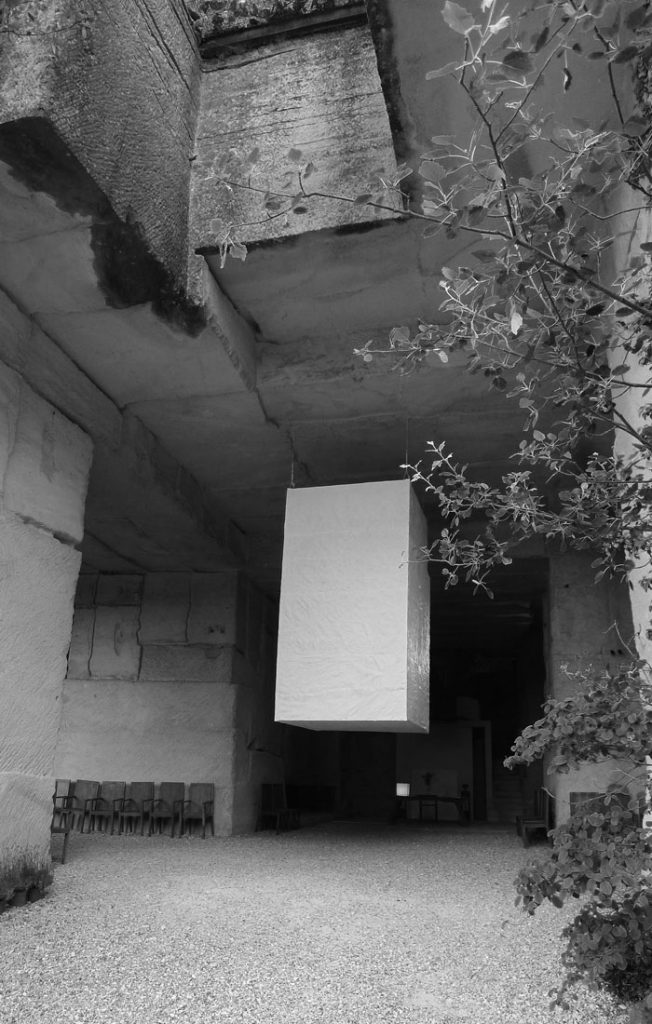 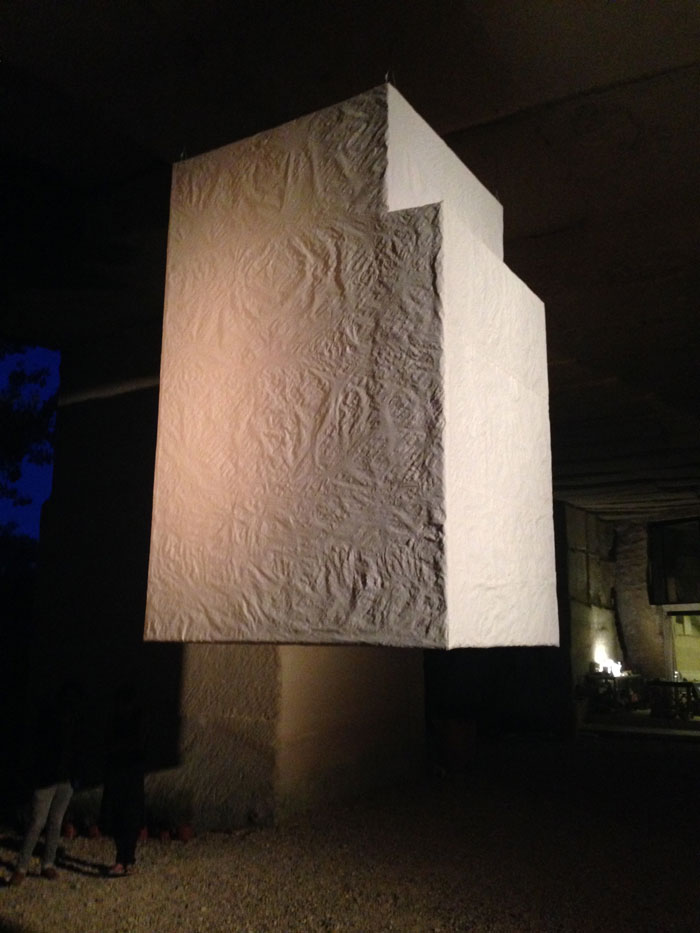 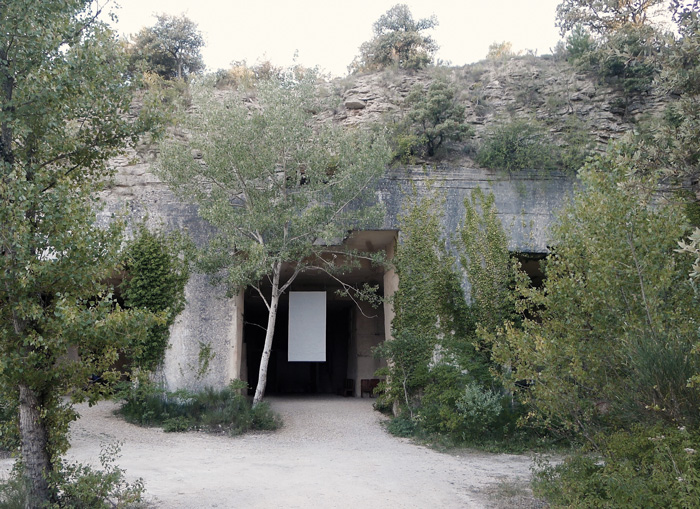 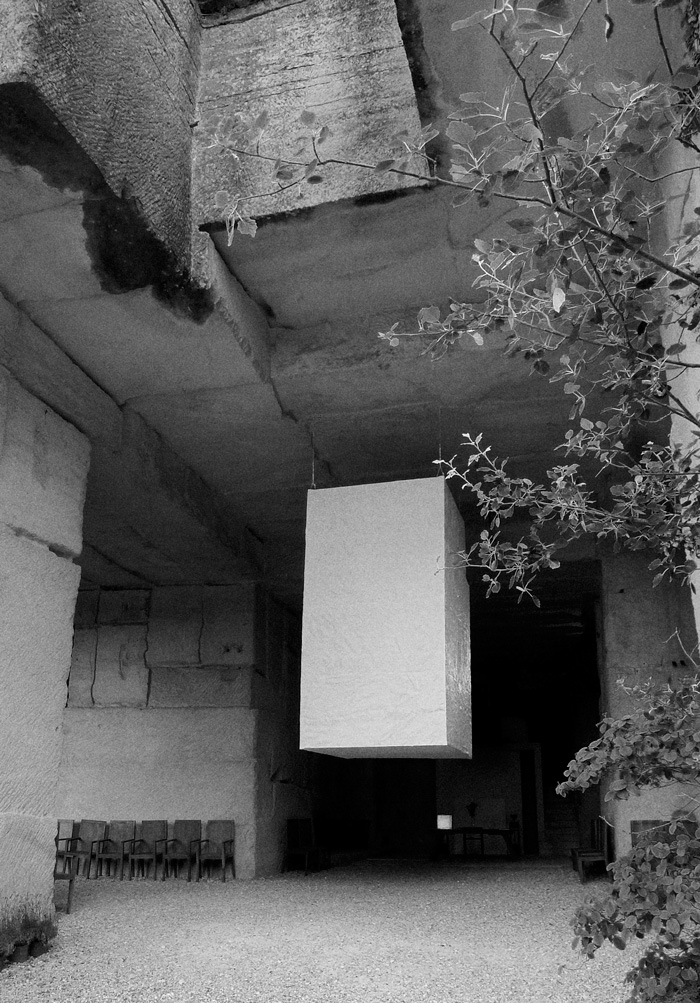